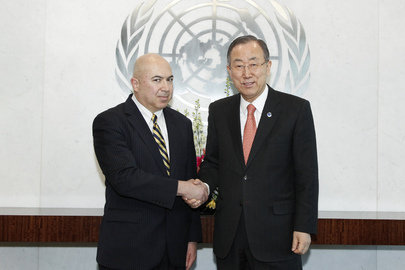 A leaked draft OIOS report into the UN pension fund shows serious discrepancies between what the fund’s management has said in public and the reality, and finally reveals the truth as to why the pension fund failed to pay retirees on time. The report shows that payment delays were caused by the poor implementation of the new IT system called IPAS, lax management, and a six month delay between problems emerging and action being taken. Of little comfort to retirees, it further shows that the fund failed to answer emails from unpaid retirees after three months, and on some days answered as few as 2.5 percent of phone calls. It also casts doubt on attempts by CEO, Sergio Arvizu, to blame organizations for the delays, questions the data he published on the UN intranet that claimed the backlog was being successfully reduced, and questions the justifications he used to obtain approval from the fund’s board for additional posts at a time when existing posts remained vacant and unadvertized. Given this, it is difficult to agree with the board’s positive evaluation of IPAS and of the CEO’s performance, nor with its recommendation for more posts. It also calls into question the wisdom of the board’s request for the fund to have its own financial rules and human resource flexibilities. The report comes at a time when the fund came under fire last week at the General Assembly in statements by the European Union, the United States and G-77, the UN’s Board of Auditors and the UN Advisory Committee on Administrative and Budgetary Questions. Given the serious doubts cast on the integrity of the CEO, now is the right time to start the search for his replacement. Salient points in the report, with appropriate paragraph number, are below. —