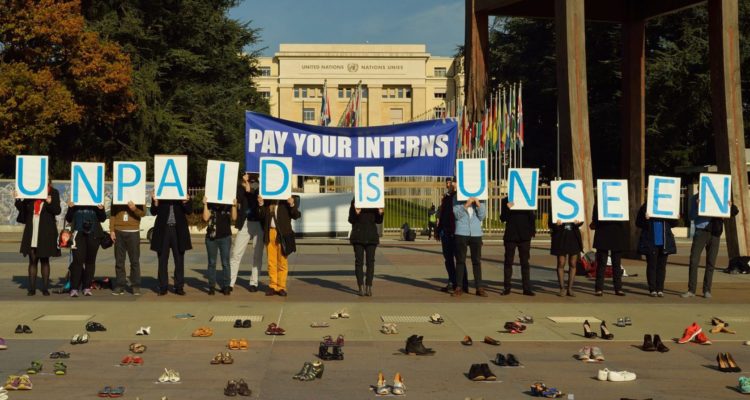 On Monday 20 February the Global Intern Coalition, supported by CCISUA, organized the first ever global intern strike: a day of action in a range of cities across the world to call for an end to unpaid internships and their exclusionary impact.

In Geneva the “Fair Internship Initiative” organized a lunchtime “March of the Missing” to express their solidarity with people who cannot take internships because they cannot afford to work for free.

The explosion in the number of unpaid interns within the UN’s halls, from a few hundred per year in the 1990s to over two thousand based on latest reports, is particularly concerning considering the current virtual non-existence of entry-level positions at P-1 and very few at P-2. We believe this needs to change.

Press coverage is below:

Interns around the world are starting to protest, here’s why | (AsiaOne)