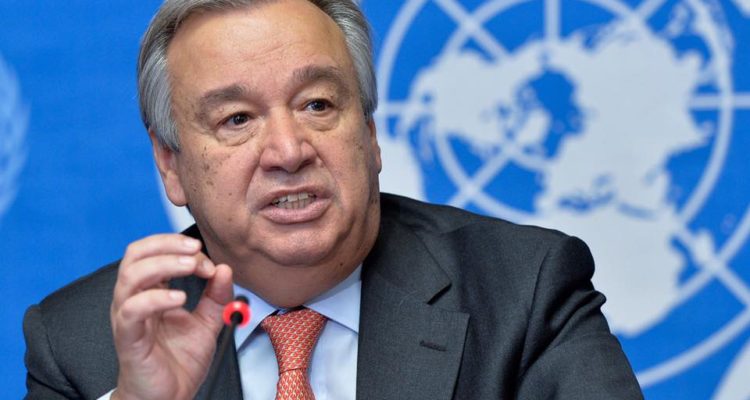 United Nations Secretary-General António Guterres has appointed new leaders of the world body’s regional outposts in Africa, Europe and Western Asia, but asked the head of Asia and the Pacific to stay on.

Announcing senior appointments on April 13, he said he had asked Dr Shamshad Akhtar of Pakistan to continue in her role as Executive Secretary of the UN Economic and Social Commission for Asia and the Pacific (ESCAP). Dr Akhtar, who also serves as the UN Under-Secretary-General (USG), has been in office since December 2013.

Formerly the Secretary-General’s Senior Advisor on Economics and Finance, and Assistant Secretary-General for Economic Development at the Department of Economic and Social Affairs (DESA), she led the UN-wide coordination of the post-2015 development agenda and related policy and normative work, including supporting work on the Sustainable Financing Strategy.

For the position of Executive Secretary of the Economic Commission on Africa (ECA), the Secretary-General has selected Vera Songwe of Cameroon, who since 2015 is the Regional Director Africa covering West and Central Africa for the IFC – International Finance Corporation. She is also Non-resident Senior Fellow of The Brookings Institute’s Global Development and Africa Growth Initiative since 2011.

Songwe has a longstanding track record of policy advice and results-oriented implementation in the region, coupled with a strong strategic vision for the region. She replaces Dr Abdalla Hamdok from Sudan, who was appointed by Secretary-General Ban Ki-moon as the ECA’s Acting Executive Secretary, with effect from November 1, 2016.

She was previously Country Director for Senegal, Cape Verde, The Gambia, Guinea-Bissau and Mauritania at the World Bank from 2012 to 2015, Adviser to the Managing Director of the World Bank for Africa, Europe and Central Asia and South Asia Regions (2008-2011) and Lead Country Sector Coordinator (2005-2008).

For the position of the Executive Secretary of the UN Economic Commission for Europe (ECE), the Secretary-General has selected Olga Algayerova of Slovakia, who since 2012 is Permanent Representative of Slovakia to the International Organisations in Vienna, Austria.

“Algayerova brings to the position a combination of leadership and diplomatic skills with deep knowledge of the region with its challenges and opportunities and a strong focus on building and nurturing partnerships among key stakeholders with the United Nations,” said a UN press release. She was President, Slovak Millennium Development Goals from 2010 to 2012 and earlier State Secretary in the Ministry of Foreign Affairs for four years.

UN Secretary-General has replaced the Acting Executive Secretary of the UN Economic and Social Commission for Western Asia (ESCWA), Khawla Mattar, by Mohamed Ali Alhakim of Iraq, who since 2013 is the Permanent Representative and Ambassador of Iraq to the United Nations. He is credited with “deep knowledge of the governmental landscape in the region, coupled with strong networks across the region”.

Alhakim was previously Permanent Representative and Ambassador of Iraq to the UN in Geneva from 2010 to 2013, Ambassador and Director of Arab, European, International Organisations and Policy Planning in the Iraqi Ministry of Foreign Affairs in Baghdad from 2006 to 2010, Minister of Communications (2004-2005), Member of Iraq National Assembly and Foreign Relations Sub-Committee (2005-2006) and Senior Social and Economic Adviser to the Vice President of Iraq (2004-2010).

The heads of the five UN Regional Commissions serve as USGs, ranking third in the UN hierarchy after the Secretary-General and his Deputy. They promote multilateral dialogue, knowledge sharing and networking at the regional level, and work together to promote intra-regional and inter-regional cooperation, both among themselves and through collaboration with other regional organisations.