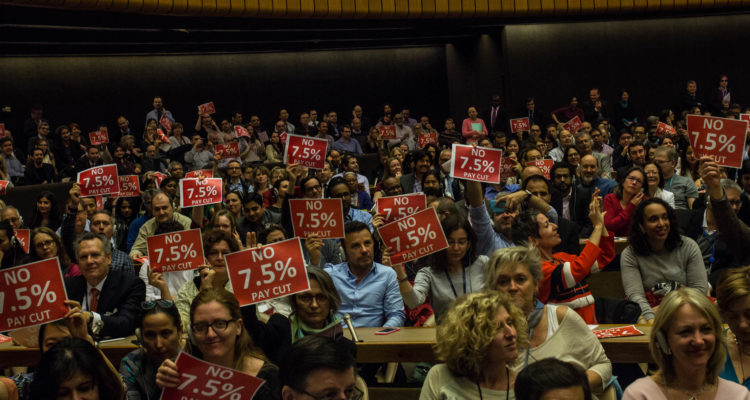 Last week the staff federations, CCISUA and FICSA, asked their statistical experts to scrutinize the data and calculations behind the ICSC’s recommendation for a 7.5 percent pay cut.

The paper, attached here, raises a number of serious questions and points to how the cost-of-living in Geneva may have been artificially and deliberately reduced:

We urge you to read the paper. We will also be sharing it with Executive Heads of Organizations.

We do not believe that Organizations should implement a recommendation of the ICSC where they may have good reason to believe, based on information shared with them, that the recommendation does not conform to the facts. Indeed UN Appeal Tribunal judgement 2011-UNAT-115 paragraph 29 states that the decision of an organization “must be supported by facts”.