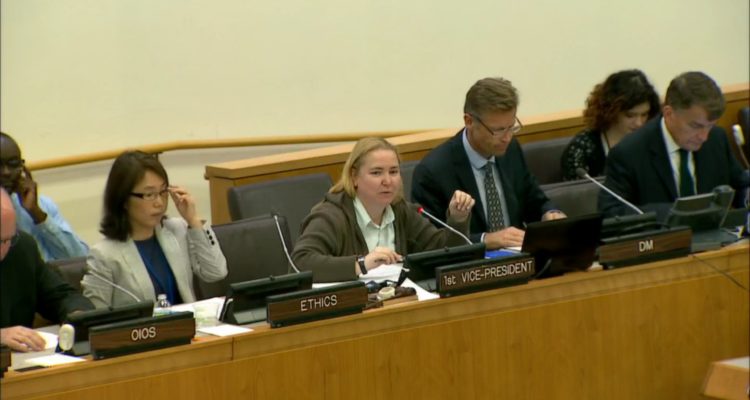 Vice-President for Communication and Outreach, CCISUA

The subject of conversation over the protection against retaliation has always been a touchy issue; although, we all have had our own perceptions and thoughts regarding this important matter. While we are best placed to raise individual concerns, we are also often the ones who have the most to lose by disclosing those wrongdoings. Whistleblowers have always had an important role in the efforts to fight misconduct; but, they are often faced with severe repercussions for their actions. They risk career advancements that might also affect their personal safety if exposure of those wrongdoings would threaten the values of the Organization, as well as the expectation of one’s allegiance of oath as an International Civil Servant. With the arrival of the new Secretary-General, Mr. Guterres, there has been some improvement of the policy that addresses “Protection against retaliation…”. However, there is still more to do regarding the substance of this matter. The recent global survey that is aimed to seek the staff’s open and frank views on the whistleblowing revealed, amongst many other things, that staff have had an enormous desire to be part of a strong ethical culture within the Organization where violators at all levels are held accountable. This, in turn, would provide staff with the guidelines and dignity to feel safe in their own right to report misconduct without a fear of retaliation that alone would reduce future effects of misconduct. We must not forget that actions against whistleblowers might certainly victimize those colleagues who would otherwise wish to come forward with the opportunity to address wrongdoing; but, in doing so, trust would be lost that can have a long-term impact on the protection of a whistleblower and eventually on the Organization as well. So, let’s continue to create an environment where staff feel that they are able to come forward with reports of wrongdoings, when problems actually arise, without being punished and stigmatized for a long period of time to come.

A follow up session will take place in September to further discuss the developments and the work ahead for ensuring protection against retaliation.

Click here for more information on the subject, from UNHCR