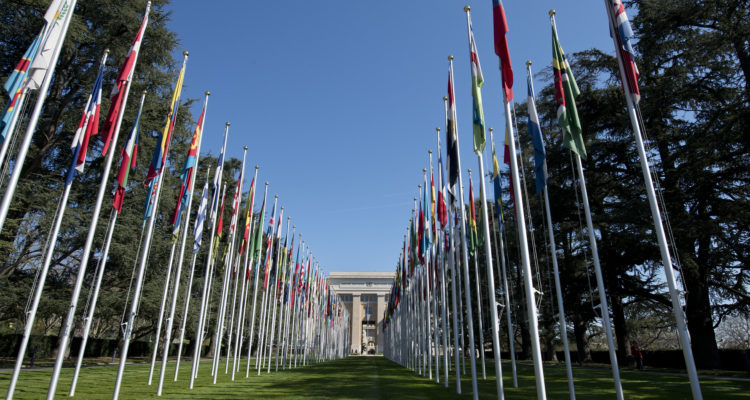 A series of staff meetings and campaigns preceded the session, at which inconsistencies were pointed out in the ICSC’s data and led many Geneva-based organizations to refuse to implement the pay cut as well as express strong support for staff.

The ICSC’s decision, made in late March in New York, would require the pay cut of a month a year salary to be implemented in May for newly arriving staff in Geneva, and from August for existing staff.

The Human Resources Network (HRN) expert statisticians raised questions, as in this paper, with regards to the ICSC’s calculations and application of the methodology. CCISUA, together with Geneva-based staff unions and management, asked that the ICSC:

Consideration of the issue took place over four days. The ICSC’s final decision was to:

CCISUA raised as a serious concern the situation of staff who had arrived in May 2017 and have already had their pay cut. We are asking management to clarify whether the staff can be refunded retroactively, as well as, whether they would be reclassified as existing staff, having arrived before the revised implementation date of August.

For staff arriving as of August, we remain concerned that an administratively cumbersome and socially unfair two-track system will be introduced.
As to the delay until February 2018 for existing staff, this was designed to allow possible increases in the pay index between now and then, thus further reducing the cut by adjusting for:

Based on this, it is estimated that the cut could be in the range of 1 to 2 percent. However, the nature of the ICSC’s decision, which is subject to the variables mentioned above, means this is only an estimate and should not constitute the basis for staff’s budget planning.

We are continuing the analysis of the ICSC’s proposal, including the legal aspect, and preparing our response. We must also look at the larger issue of how we can put in place a more robust system for setting pay that gives greater weight to staff concerns.