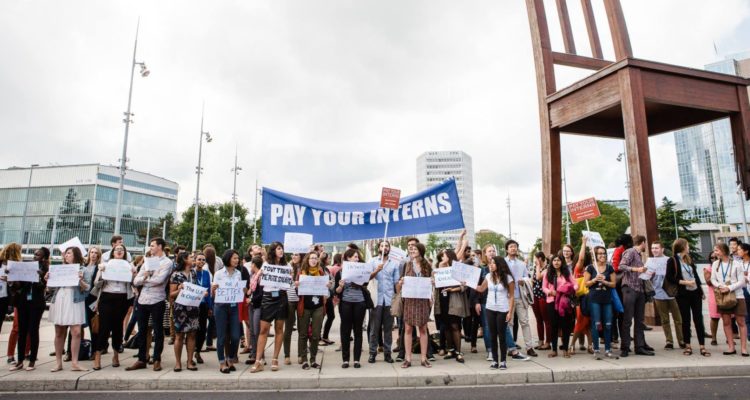 Human rights bosses at the United Nations faced a furious backlash after advertising six month, 9 to 5 internships which are completely unpaid.

The Office of the High Commissioner for Human Rights (OHCHR) is urging students and recent graduates to apply for the full-time roles based in Geneva, Switzerland, despite the fact they will not receive any remuneration.

And to make matters even worse the UN will not cover travel, visa or accommodation costs.

The adverts sparked fury on social media with people labelling the internships a “joke”, “absolutely disgusting” and “appalling”.

The OHCHR’s mission statement outlines its belief that it “represents the world’s commitment to universal ideals of human dignity”.

But one Twitter user said: “I would have thought that being paid for your work is a pretty basic human right…”

The internship adverts advise applicants that the roles are “unpaid and full time” while “travel costs, travel arrangements including visa and living accommodations are the responsibility of the intern or their sponsoring institution”.

The job description for the roles, which last for between two and six months and involve working five days a week, suggest intern duties could include translating statements and undertaking “substantive research”.

The adverts also express a preference for candidates who can speak more than one language.

“English and French are the working languages of the United Nations Secretariat,” the adverts read.

“Fluency in spoken and written English is required for the internship. Knowledge of an additional UN language is an asset.”

Jem Collins, the Twitter user who flagged up the adverts online, tweeted: “If you need someone to research, speak French and English and to ‘work independently with minimal supervision’ you need to pay them.”

The OHCHR did not return a Telegraph request for comment.

In 2015 a New Zealand man lived in a tent during his unpaid UN internship in Geneva to draw attention to the lack of pay offered by the institution.

David Hyde said he was living in a tent on the shores of Lake Geneva because he could not afford to rent accommodation during his placement.

He later admitted his decision to live in a tent was a publicity stunt.

Read more on this topic in our earlier post: Coverage of the global intern strike