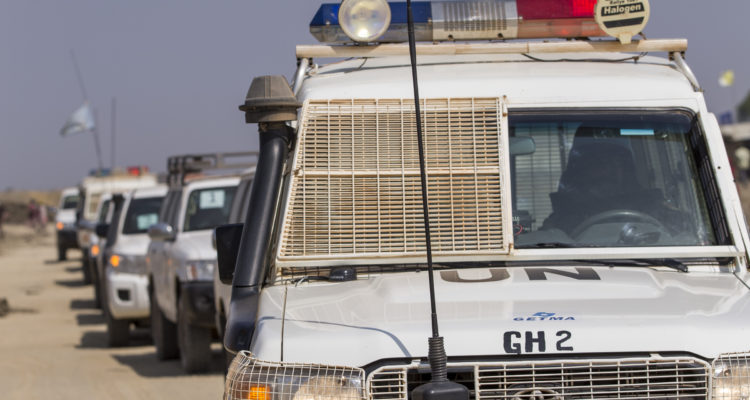 The IASMN summer meeting, which is the largest gathering of security specialists and security policy makers UN wide, where staff representatives have an observer status, took place in June this year, in Montreux (Switzerland). The 26th Session hosted sixty-one representatives from 36 entities of the United Nations Security Management System (UNSMS), as well as three Staff Associations.

CCISUA has actively participated in various discussions of particular interest to staff representatives, including residential security for locally recruited staff, Duty of Care for staff, compliance and the UNDSS integration project.

The issue of residential security measures for locally-recruited personnel has continued to feature high on the preoccupations of CCISUA at IASMN meetings. An IASMN working group established upon the insistence of a number of stakeholders including CCISUA, has looked into specific actions that could be taken to enhance the security of locally-recruited staff which, in final analysis, go beyond the IASMN’s area of responsibility as they also cover other aspects related to budget and human resources management. Therefore, IASMN proposed the provision of an advisory service only, i.e. to allow locally-recruited staff to determine for themselves the most appropriate way to enhance their residential security. The working group recommended that the reporting practices be enhanced, as there is a need to improve the reporting of incidents that affect locally recruited staff; that a non-binding information advisory service be provided to locally recruited personnel; and that a general information and training program be established.

CCISUA participated in the deliberations of the task force on Duty of Care created by the HLCM (High Level Committee on Management). This task force looks into ways of ensuring a better coordination of policies, operational tools and administrative procedures with a view to enable the UN to operate in high risk situations, while exercising duty of care responsibilities towards its staff. CCISUA volunteered to be part of a sub group of the task force to specifically look into the issue of duty of care for locally recruited staff.

At this year’s session, CCISUA reiterated the need for a legal definition of duty of care, the lack of which can weaken staff’s claims in cases of undue exposure to safety risks.

The task force on duty of care is to carry on with the discussion on cross-cutting issues relating to residential security for locally recruited staff and their financial implications. It will also cover a wide range of areas such as mental health, necessary communication means in hardship duty stations, among other. The final steps will also require the involvement of the ICSC.

As can be seen from the above, operationalizing a framework for duty of care in high risk environments is very complex, thus, CCISUA will remain fully engaged in all discussions pertaining to this matter.

Following the Algiers attack against the UN in 2007, the General Assembly established a dedicated compliance unit in UNDSS (UN Department of Safety and Security) to ensure autonomous monitoring of the security management system, which is central to the assessment, prevention and correction of errors or irregularities by decision makers whose primary duty is to ensure the safety and security of UN Staff.

Recalling the IASMN summer session in 2016, CCISUA raised serious concerns about the recently introduced changes to this compliance monitoring mechanism, the “security management-evaluation framework”, which eliminated objective compliance missions and replaced them with a model focused on self-evaluation. As a result of strong opposition, the IASMN did not endorse the new changes and, instead, decided to create a working group to further consider the views of various stakeholders on the issue, in particular the need to establish clear lines in terms of accountability for compliance enforcement and accountability for assessment. The working group is to present its findings by the end of this year.

CCISUA is closely monitoring developments regarding de UNDSS integration project which is aimed at streamlining the way the Security Management System can be centralized under the purview of UNDSS.

CCISUA reiterated the concerns raised during previous IASMN meetings regarding possible negative consequences of the UNDSS integration project on staff, especially of the risk of loss of retaining staff’s acquired rights when personnel move between contracts and between UN entities, as well as regarding the fact that the project is being implemented without appropriate involvement of staff representatives.  To this, the UNDSS responded that ways for retaining staff’s rights are being considered and that a communication plan is being put in place to, among others, inform staff of the various implications of the integration project. Staff federations need to further strive to ensure that actual action is taken by UNDSS in initiating proper consultations with staff representatives.