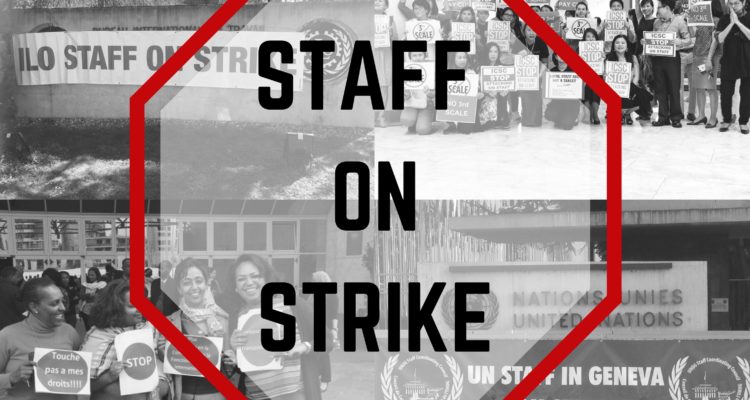 Staff of the UN common system hold work stoppages/strikes as part of a global campaign in protest at continued deterioration in conditions of service.

Staff at UN Economic Commission for Africa in Addis Ababa and UN Office at Geneva (UNOG) held a work stoppage during the first days of the campaign, joining other staff from more than 30 organizations of the UN common system who gathered in different duty stations around the globe to send a message of “No confidence in ICSC”.

The campaign continues as staff vote in favour of strikes and other protest actions.

UNOG staff voted by 1,040 votes to 120 to go on strike, which took place on Friday, 16 March, leading to cancellation of a variety of meetings, including those of the Human Rights Council that were to take place that day.

The following week, UN staff in Bangkok voted by 707 votes to 39 to hold a work stoppage, which took place last Wednesday and was followed by demonstrations. That same week, the International Labour Organization (ILO) staff in Geneva went on strike on Thursday and Friday, picketing and holding demonstrations. Also on Friday, UNOG staff went on a second strike.

The overwhelmingly positive voting results and the number of staff participating in protest actions show the extent to which UN staff have lost trust in the way their conditions of service, whether in headquarters duty stations or in the deep field, have been set by their employer.

The global campaign started on 27 February and focuses on the manner in which the International Civil Service Commission has determined pay and conditions of service, despite adverse tribunal judgments, where the judges made observations on the lack of independence of the ICSC, ruling in favour of staff, and despite the discovery of errors in calculation and distortions of methodology, on which Human Resources Network (HRN) expert statisticians raised questions, as in this paper.

This austerity agenda resulted in pay cuts for staff with working spouses and children, cuts in assistance for children with special needs, unrealistic classification of hardship duty stations, the removal of accelerated home leave for difficult and dangerous duty stations, the erosion of pay in high inflation duty stations in the field, and pay cuts of 25 percent in Tokyo, 13,4 percent in Bangkok (on top of a 47% cut), 5.8 percent in New York and 5 percent in Geneva.

On 22 February, Staff Federations sent a joint letter to UN Executive Heads, which outlines why staff have lost confidence in the independence and technical competence of the ICSC. This letter calls for an urgent review of the ICSC’s governance structure, regulations and rules, with a view to creating an accountable body that follows a transparent, balanced and fair process and methods.

Staff Federations also met with Secretary-General Guterres to discuss the campaign’s demands and escalation of action. It was noted during the meeting that the ICSC had not replied to Secretary-General’s letter requesting that their approach to certain cuts, particularly in the field, be reviewed.

As the protests escalate, the ICSC meets in New York for its 86th Session, from 19 to 29 March. 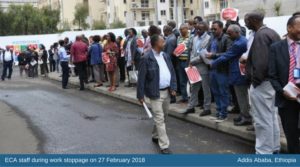 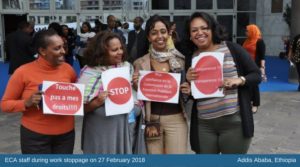 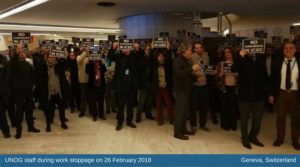 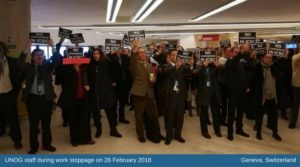 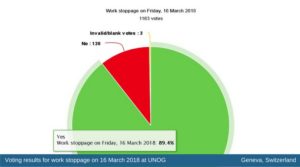 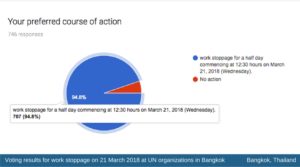 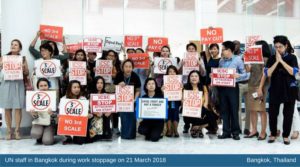 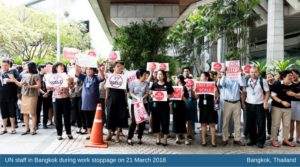 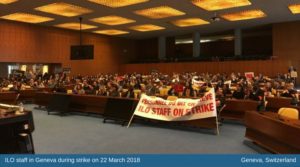 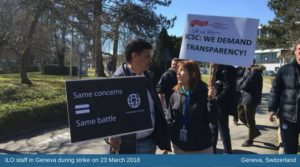 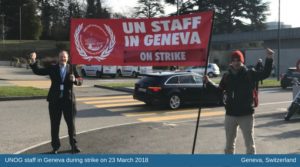 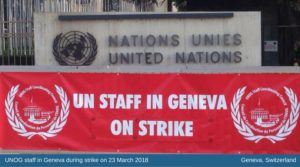