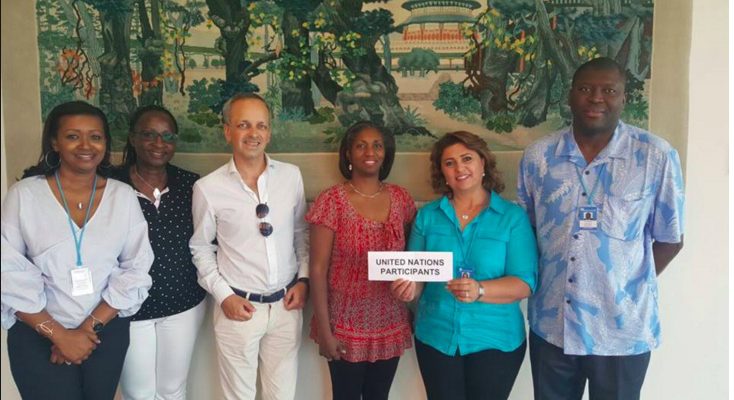 Please find below a message from the UN participant representatives to the Pension Board.

The Pension Board met from 26 July to 3 August in Rome. This was the first meeting since action was taken by us last year to prevent the full extension of the CEO’s contract. At the same time, the Deputy CEO announced he would not seek a second term.

Our campaign to reform the Fund is slowly bearing fruit and we acknowledge the efforts of the Secretary-General’s representatives to the Board for trying to build a consensus for change, as well as the appointment of a new head of investments. However, our work is still in progress. So while important decisions were taken by the Board, we do not believe all of them will benefit the current and future beneficiaries of the Fund. For this we made sure to put our disagreement with those decisions on record; our positions are explained below.

OIOS undertook three audits this last year. Two stand out. One noted that the Fund’s management was aware of critical problems with the new IPAS payments system but still rolled it out, resulting in thousands of retirees going unpaid for up to nine months. Another audit showed that the Fund’s management used a $400,000 contract with a big four consulting firm to then procure an additional $1.8 million of unrelated services, which we understand to be outside UN procurement rules. Unsurprisingly, as the $1.8 million had not been subject to competitive bidding, the consulting firm billed extensively on hours for senior partners. That money was meant for your pension benefit.

Neither of the audits were shared with Board members. Further, the Board’s audit committee, which was aware of the audits, chose not to disclose its views on these audits. The Audit Committee also withheld from the Board that the Fund’s management had not accepted recommendations from OIOS that would prevent such events from happening again. (We understand that audit committee members were required to sign a confidentiality agreement, which had the effect of withholding information from fellow board members.) The Fund’s management also did not accept a recommendation for the total cost of IPAS to be made visible to the Board, nor a recommendation (also made by the Board of Auditors) to activate a function to detect organizations not using official pension scales.

We submitted a proposal to simplify processes so that retiring staff receive their first pension more quickly. Despite IPAS, which came at an undisclosed cost, the current target of 15 business days is only being met in 62 percent of cases.

A key problem is that the Pension Fund requires the staff member’s organization to send two documents. The first, the separation personnel action, comes immediately. The second, the separation notification, is only issued once all internal clearances have taken place within the organization, including checking library books have been returned – this can take a while. To speed things up we suggested allowing a partial payment of 80 percent to be made once the personnel action is received (after all, that money is owed to you), with the balance paid on receipt of the final notification. We also suggested that the functionality that alerts participants if their payment instructions have not been received by the Fund, be reactivated. These suggestions were not supported by the rest of the Board – decisions we regret given retirees will continue to have to wait an unacceptably long time to get paid.

At the same time, the Fund’s management presented a study by PWC (a big four consulting firm), which we understand to have cost over $1 million (management would not confirm), showing steps that could reduce processing times. Interestingly the steps outlined in PWC’s study (called an end-to-end review) appeared to coincide with suggestions made in 2012 by Fund staff themselves prior to IPAS’s implementation; suggestions which unfortunately were rejected at the time by the Fund’s management.

A pension fund with assets and liabilities of $65 billion needs a strong system of governance.

At the General Assembly’s request, OIOS reviewed how the Board functions, and uncovered:

For us, it is essential to address these matters. Representation and voting rights for example need to be updated to reflect the common system of 2018 as opposed to 1989, when it was last adjusted. The International Organization for Migration, which is the fourth largest organization needs to be given voting rights – currently it has none. And the UN needs to be able to discharge its fiduciary duty correctly, given its participants are the largest contributors to the Fund, and its legal responsibility given the Fund is a UN body. Its minority voting position meant it was unable to get the Board to act on payment delays, nor prevent the renewal of CEO Sergio Arvizu despite his poor performance record.

We also went on record to disagree with decisions of the Board to:

We do not believe that in discharging their fiduciary duties, Pension Board members should be able to act outside the Fund’s regulations as established by the General Assembly.

We asked that the Fund take note of external practices among pension funds that seek to promote transparency.

We felt OIOS had carried out its work correctly as per the mandate assigned to it by the General Assembly. We did not believe that the Fund should engage in a political campaign against OIOS nor take measures to undermine its authority.

You respect the regulations by making your monthly payments – the Board should respect them as well.

And finally some good news

We were able to convince the Board not to support an amendment to the Regulations that would allow member organizations to report to the Fund on their participants’ behalf, rates and contributions outside the official scales. This would have artificially increased those staff members’ pensions at your expense and would have been problematic actuarially.

Additionally, an actuarial study with updated mortality rates (we’re living longer) showed the Fund to be in balance, meaning that were the UN common system to stop working tomorrow it would be able to meet its obligations for thirty years. We are also pleased that the Office of Investment Management (recently renamed)  has met its benchmark target for investment returns and will be publishing a sustainability report, which at our suggestion will include its strategic approach to engaging and investing in different industry sectors.

We look forward to working with fellow Board members to continue improving the state of the Fund, in particular by installing a culture based on the rule of law that supports the hard work of the staff of the Pension Fund and ensures that the fiduciary duty of the exclusive interests of participants and beneficiaries are upheld.

We will continue to keep you updated.

UN participant representatives to the Pension Board