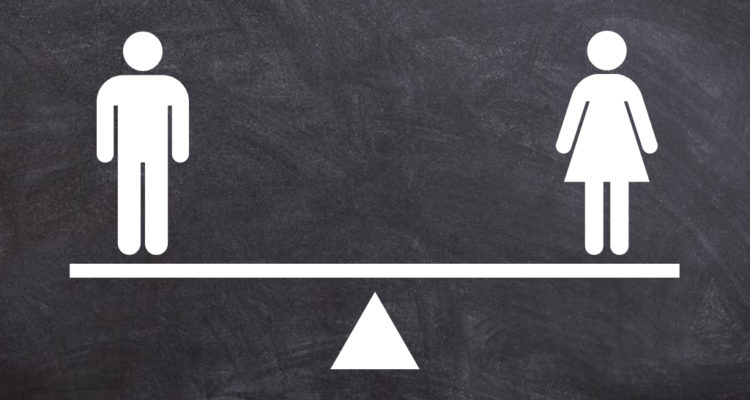 As gender empowerment gathers momentum, both inside and outside the United Nations, Secretary-General Antonio Guterres is expected to announce shortly a set of new proposals to improve UN human resources policies– specifically aimed at increasing gender and geographical diversity within the Secretariat.

When he swore in Michele Bachelet as the new High Commissioner for Human Rights back in September, he also anointed a new Ombudswoman.

These two swearings-in bring the parity of women to men, 24 to 22 — 24 women to 22 men in the Secretary-General’s Senior Management Group, perhaps for the first time in the 73-year history of the world body.

But his recent proposals to amend UN staff rules and regulations to further advance gender parity at the United Nations, have triggered a strong protest from the Geneva-based federation of UN staffers worldwide.

Ian Richards, President, Coordinating Committee of International Staff Unions and Associations (CCISUA), representing over 60,000 staffers in the UN system worldwide, told IPS that staff unions disagree with the proposal to change the downsizing rules to make achievement of gender parity at the UN a factor in determining who is fired when posts are cut.

“The current rules state an order of retention based on contract type with due consideration for length of service, performance and integrity — standard practice for most organisations elsewhere as well”.

This is implemented, he pointed out, through a points system that has been signed off by the secretary-general and unions, and is relatively well accepted by staff.

But “management is now proposing to sweep this aside so that gender becomes the determining factor regardless of performance, competence, integrity, length of service and so forth,” Richards added.

In a brief but pithy comment, Guy Candusso, a former Vice President of the UN Staff Union, told IPS: “Merit left the building years ago”.

“More important is that senior officials are never held accountable for their decisions, especially in terms of personnel”, noted Candusso, a longstanding UN staffer, currently in retirement.

Guterres is emphatic that achieving gender parity was a top priority for him. When he took over as Secretary-General in January 2017, he said management reform must ensure “we reach gender parity sooner rather than later”

He pointed out that the initial target for the equal representation of women and men among United Nations staff was the year 2000.

“We are far from that goal. I pledge to respect gender parity from the start in all my appointments to the Senior Management Group and the Chief Executives Board.”

By the end of his mandate, he pledged, the UN should reach full gender parity at the Under-Secretary-General and Assistant Secretary-General levels, including special representatives and special envoys.

“We need a clear road map with benchmarks and time frames to achieve parity across the system, well before the target year of 2030”.

Richards said the situation is pretty serious as there is plenty of restructuring going on right now: at the UN Development Programme (UNDP), Office for the Coordination of Humanitarian Affairs (OCHA), peacekeeping missions, the Department of Economic and Social Affairs (DESA) —and they would all be affected.

On top of that, should those staff wish to apply for posts elsewhere in the UN to avoid them and their families being put out on the street, they would be subject to the same gender barriers to get back in.

“We all want a diverse workforce, including geographically, for which lip service is paid. But the measures proposed are dangerous. The gender team appears to have got carried away at the expense of staff and their families,” he declared.

He said they forget that those same staff risk their lives in the world’s most dangerous locations for this organization.

“Staff are now merely numbers in a political calculation”.

Richards said member states aren’t aware of this yet but it will come their way.

“They may pick up that it contravenes Article 8 of the UN Charter, which states that you shouldn’t be barred from a job at the UN because of your gender.”

In the meantime, he said, the staff union has requested an emergency meeting of the Staff-Management Committee. Staff are worried for their jobs and will be watching this very closely, he added.

In January 2017, a Gender Parity Task Force was established to come up with a clear roadmap, with benchmarks and timeframes, to achieve parity across the system, according to the UN.

The Task Force, consisting of staff from more than 30 UN entities, was divided into subgroups focusing on:

Meanwhile, an Asian diplomat, who monitors the UN’s Administrative and Budgetary Committee (Fifth Committee), told IPS that while Guterres may be doing the right thing, there could also be a long-term hidden agenda, according to rumours floating down the UN corridors.

To the best of my knowledge, he is not being pushed by any member states on his far reaching proposals on gender. Perhaps it’s his own initiative to stave off a potential challenge to his second term in office from a woman, he added.

Also, Guterres’ entry into the UN coincided with an increase in the retirement age to 65. And with few staff due to retire, the only way to meet his tight gender targets is to fire people, the diplomat added.

The writer can be contacted at thalifdeen@ips.org