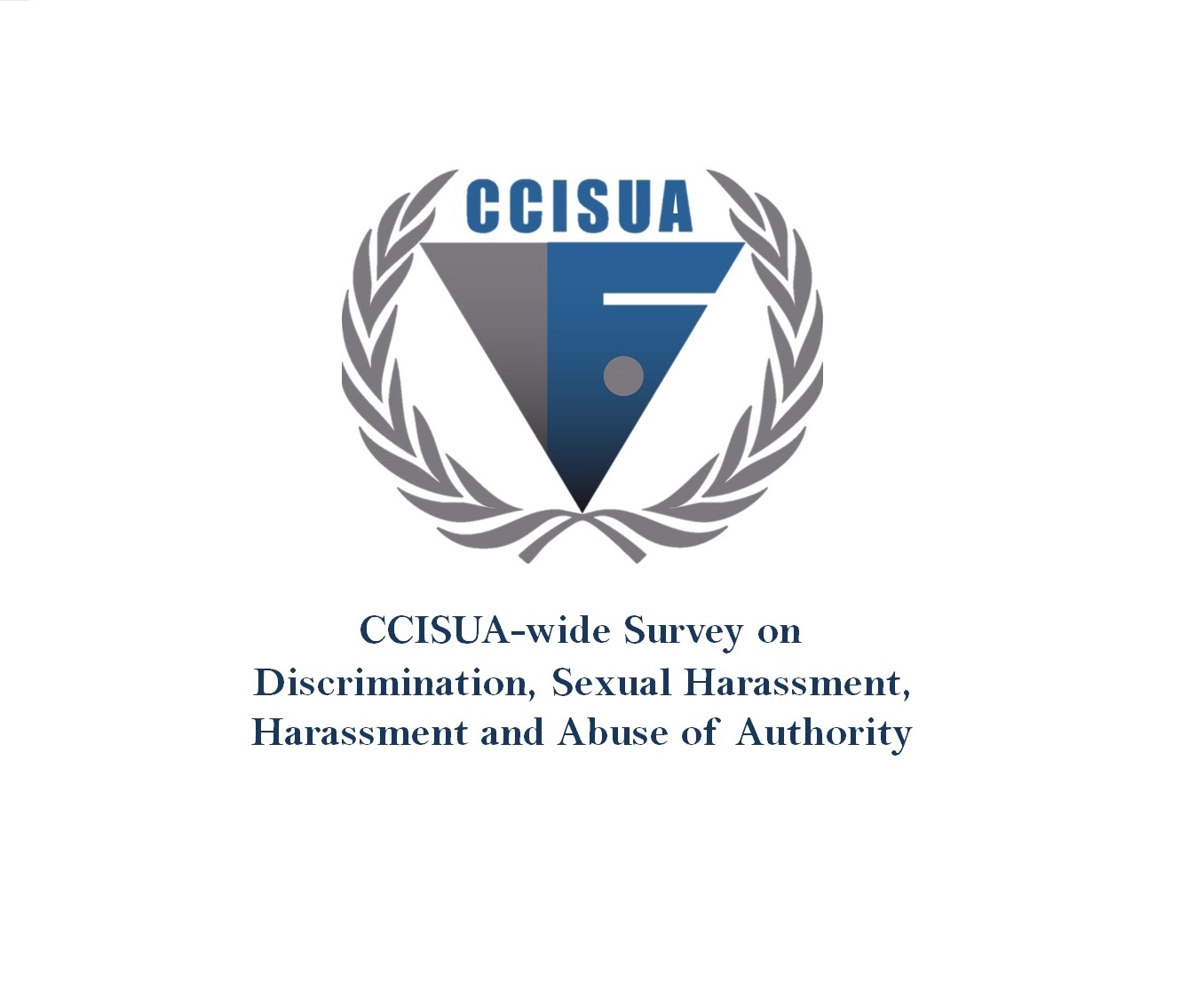 Last week marked the 70th anniversary of the Universal Declaration of Human Rights, a milestone document that proclaimed the inalienable rights to which all human beings are inherently entitled – regardless of race, colour, religion, sex, language, political or other opinion, national or social origin, property, birth or other status.

With the Universal Declaration of Human Rights in mind, reviewing the results of the recently run CCISUA-wide survey on discrimination, sexual harassment, harassment and abuse of authority is very poignant. The results are a reminder that the principles of the Declaration are not yet universally implemented as even our colleagues, serving in the United Nations, are exposed and subjected to the mentioned types of abuse.

Below is a brief outline of the major findings of the survey. Further details will be made available in due course.

Results of the survey on misconduct in the workspace

More than 6,600 colleagues from across the UN System took the survey, with roughly 60% of respondents being female.

The preliminary findings of the survey are quite shocking. 44% of the respondents are of the opinion, that they were subjected to abuse of authority, 40% felt to be victims of discrimination and 37% experienced harassment at the UN.  Over 15% of the respondents reported suffering sexual harassment in the workplace.

The survey responses also point to a number of alarming patterns:

·        Misconduct is reported as being predominantly perpetrated by supervisors (46% in cases of sexual harassment, and over 70% in cases of discrimination, harassment or abuse of authority);
·       Less than one fifth of victims of misconduct chose to file a complaint; the two predominant reasons cited, were their lack of trust in the system and fear of retaliation;
·        Amongst colleagues who did file a complaint, 20% believe they were retaliated against for having done so;
·        Based on the responses, nearly half of investigations took more than one year to complete; staff felt the investigations were conducted in a professional manner in only one third of cases, and were fully satisfied with the outcome in only 10% of cases.

These troubling results point to a veritable crisis in the UN System’s management of misconduct in the workplace. The responses to the survey suggest that UN employees do not feel treated with respect and dignity, and reveal a serious lack of trust in the system.

This survey serves as an important and credible ‘reality check’ for the Organization on the experiences of colleagues across the UN System. We will be using your feedback to better inform our discussions with management on proposed changes to the relevant legislation, in order to better protect you.

View from the top: I love the UN, but it is failing