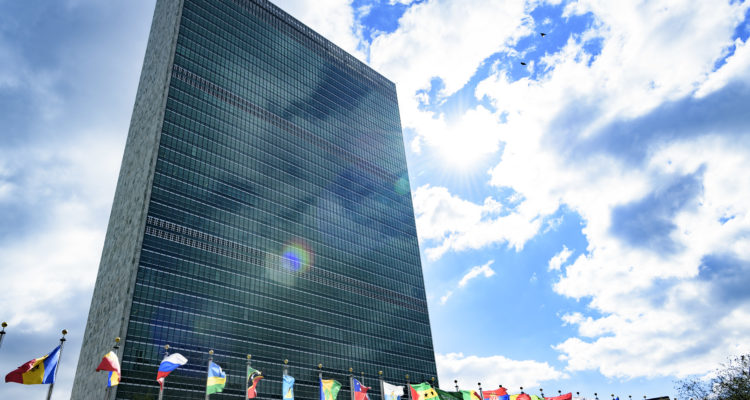 From 13 through 15 November, delegates from thirteen CCISUA member Staff Unions and Associations met in New York for the annual CCISUA mid-term meeting.

The mid-term was comprised of discussions on issues directly affecting staff, such as:

On mediation:  CCISUA members met with the recently appointed Head of the UN Ombudsman’s Office to discuss ways to address delays and impasse in the mediation process, the informality of the process and the resulting difficulty to enforce agreements, as well as the lack of mediation capacity in offices away from the headquarters. CCISUA also highlighted the need to strengthen proactive and pre-emptive actions, initiated directly from the Ombudsman’s office, as well as to address the worrying trend of retaliation against staff via performance appraisals.

CCISUA members were assured of the Ombudsman’s commitment to bridge the gap between the NY office and regional offices as well as commitment to look into the practice of retaliation through the appraisal system.

On UN reforms: During CCISUA’s meeting with the Special Adviser to the Secretary-General on Reforms, the members shared concerns on the lack of clarity about the expected impact of the various reform initiatives on staff, as well as the lack of clarity on the anticipated benefit realization (highlighting the importance of lessons learnt from UMOJA). Furthermore, CCISUA members cautioned about the SG’s gender parity strategy to use gender as a deciding factor in downsizing.  CCISUA also stressed the need to reform the International Civil Service Commission (ICSC), giving the example of non-existence of a mechanism to remove an ICSC Commissioner from his/her functions in case of disciplinary issues, and highlighted the current lack of consultation with the staff unions on the reforms.

On personnel matters: In their meeting with the ASG for Human Resources Management, CCISUA members highlighted the need to improve conditions of service of staff in hardship duty stations (e.g. family duty stations that do not offer proper conditions to install family members) and inquired about the organization’s strategy to enhance investigations and address retaliation when staff report harassment. CCISUA also cautioned about the organization’s focus on sexual harassment instead of all four prohibited acts (harassment, sexual harassment, abuse of authority, discrimination), an example of which is the recent “Staff Perception Survey on Sexual Harassment”, which only focussed on one aspect.

CCISUA briefed the ASG on their recent study on discrimination, sexual harassment, harassment and abuse of authority, the results of which showed that out of over 6,600 respondents, 43 % felt that they were victims of abuse of authority. The ASG assured that all four prohibited acts are given due importance and attention.

On sexual exploitation and abuse: CCISUA members met with the UN Special Coordinator on Improving the UN Response to Sexual Exploitation and Abuse, Ms. Jane Lute, and the UN Victims’ Rights Advocate, Ms. Jane Connors, to discuss some of the tackling issues, including the extensive time of investigations, the lack of training to investigate sexual exploitation and abuse (SEA) and lack of accountability (e.g. the perpetrator being moved  to a different duty station or organization within the UN system).

Ms. Lute and Ms. Connors expressed commitment to creating a system where the victims feel comfortable coming forward to report SEA, noting that one of the issues that contributes to continued perpetration of this type of abuse is the perpetrators getting away unscathed. A UN system-wide database of offenders is currently being developed to ensure that perpetrators are not rehired in the UN system.

Meetings were also held with the heads of the Office of Staff Legal Assistance (OSLA), the UN Dispute Tribunal (UNDT) Registrar, as well as with representatives of the ICSC.