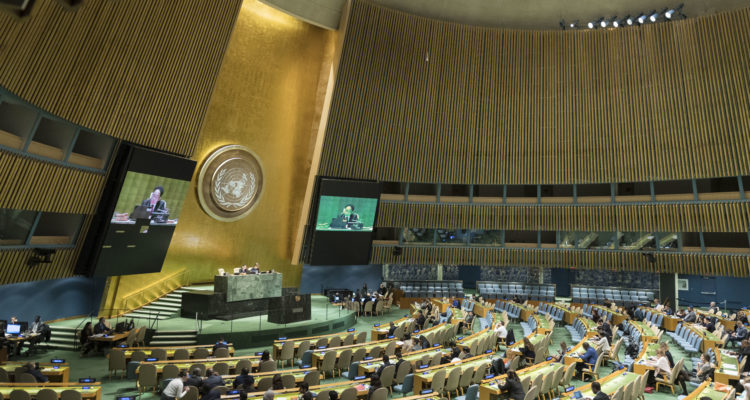 Over the last few months CCISUA has been working hard with members of the General Assembly in order to obtain the best outcomes for staff.

Below is a summary of what was achieved as well as where more work will be needed.

The General Assembly approved the proposal to increase retirement income for P staff by 4.4 percent, bringing it closer to the proportion of final salary received by G staff for any number of years worked. We started working on this back in January 2018, first through the ICSC and then through the Pension Board.

The General Assembly passed a landmark resolution (A/RES/73/274) addressing many of the concerns that we have been raising with regards to how the Fund has been governed and the Board has been behaving and representing your interests. This includes issues related to former payment backlog, conflicts of interest and lack of integrity. More information is here: http://unpension.blogspot.com/…/general-assembly-resolution…

We raised the issue of staff in family D and E duty stations who choose not to bring their families because of the poor living conditions and must therefore pay for the costs of a second home elsewhere. The General Assembly approved a pilot benefit for E duty stations of $15,000 a year. In time we hope this benefit will cover more locations.

Protecting all personnel from retaliation and prohibited conduct

In order to protect all personnel and address harassment and toxic workplaces, the General Assembly approved proposals to provide all personnel including consultants and interns access to remedies against prohibited conduct.

Protecting staff who testify at the tribunal and promoting accountability

Following concerns that we have been raising, the General Assembly asked the Secretary-General to address retaliation by managers against staff who might testify against them at the UN Dispute Tribunal or UN Appeals Tribunal. Also based on our concerns, it asked the Secretary-General to be more specific on whether he disciplines managers referred whom the tribunals have found to have abused the process.

Despite a lot of work on this matter advocating for GS staff to be able to freely apply to P-1, P-2 and P-3 positions to which they are qualified, the General Assembly decided to postpone consideration of this issue until the end of this year. A number of concerns were raised by member states with regards to how this proposal would affect geographical distribution, YPPs and JPOs. There is therefore more work to do.

Despite a recommendation of the ICSC to increase , this was not approved, we believe, for cost reasons.

We pushed hard for an ex-gratia payment to be made to long-service staff whose fixed-term contracts are not renewed, using examples from governments and international organizations. Despite the support of the ICSC, this proposal was not approved. In light of this, we will be turning our focus to ensuring the awarding of more five-year fixed-term contracts for those eligible.