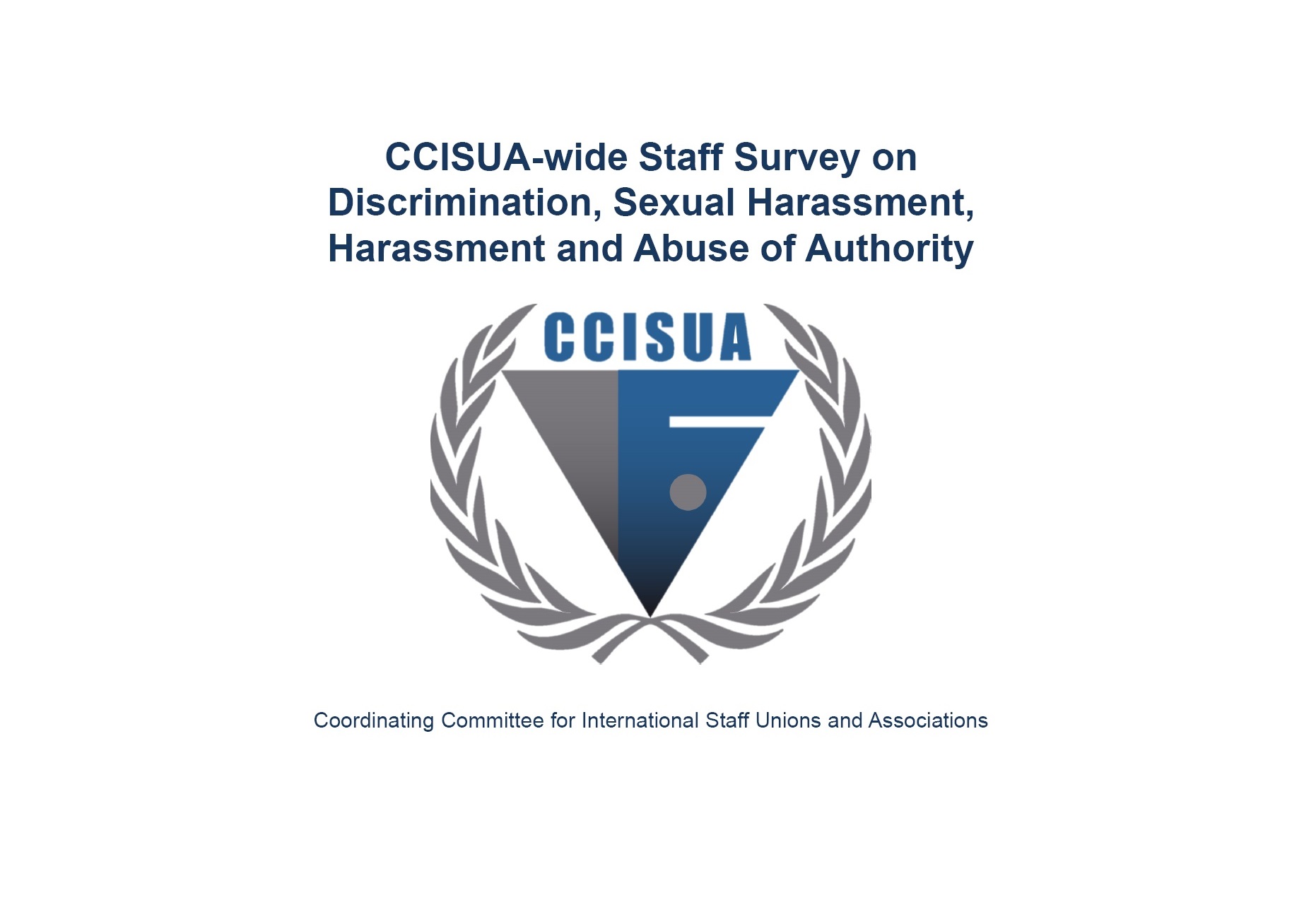 Two recent staff surveys have revealed rampant harassment and abuse across the UN system, and highlighted the urgent need for concrete changes in how the UN handles cases of misconduct.

The system-wide survey commissioned by the Secretary-General focused on sexual harassment.  The results, which were widely reported in international media this month, indicate that a third of all staff have experienced sexual harassment in the UN context, and that only a minority of victims choose to take action as a result.

The survey of CCISUA members, in contrast, covered a broader range of prohibited conduct: discrimination, harassment, sexual harassment and abuse of authority.  A more detailed overview of the survey results is available at the bottom of the page and follows the initial findings that were announced in December.

The survey responses, including some 10,000 individual comments from over 6,000 participants, helped establish clear and striking patterns:

Together, these two important surveys demonstrate that the UN’s current culture and redress mechanisms are in urgent need of repair.  It is clear that, despite some welcome steps, the administration’s measures do not yet go far enough to protect staff from misconduct.  In short: the mechanisms currently in place simply aren’t working.

CCISUA believes the UN must better tackle misconduct in all its forms – including harassment, discrimination and abuse of authority – and that its policies and procedures must be genuinely grounded in the real-life experiences of staff.  This remains a priority for all of us at CCISUA, and we will not relent until concrete improvements take hold across the UN System.  We will continue to draw on staff’s insights to guide our actions and advocacy, and to identify solutions that will make a real difference.

CCISUA General Assembly to be held in June

CCISUA Statement to the Fifth Committee of the UN General Assembly