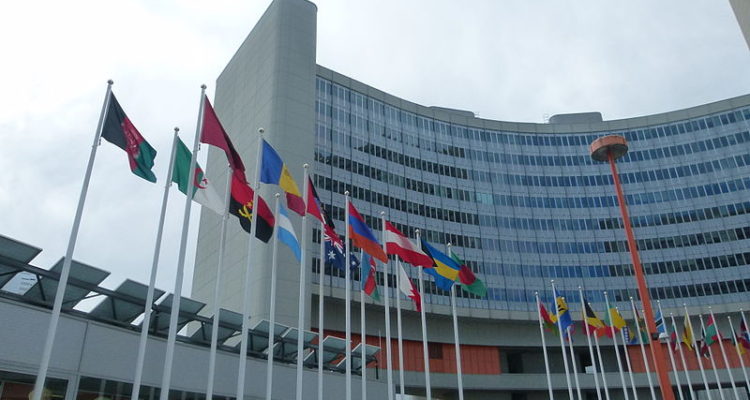 The International Civil Service Commission (ICSC), which makes recommendations on staff’s pay and conditions of service, met in Vienna from 29 July to 9 August for its 89th session. The ICSC is composed of 15 commissioners elected by the General Assembly. CCISUA participated in the session to represent staff’s interests.

While there were many positive developments, some important areas of concern remain. A summary of the meeting is available below.

A proposal to increase parental leave (birth, surrogacy or adoption) for both parents to 16 weeks each, with an additional 8 weeks for the birth mother, received a good hearing and at CCISUA’s request, the ICSC agreed to establish a working group on the issue.

Closing the leave gap between parents brings the UN common system in line with modern social expectations, allows both parents to bond with their children and addresses discrimination that can occur when hiring managers choose not to select women for positions, as opposed to men, on the basis of leave entitlements. We have asked that the working group also examines a broader concept of family care that includes looking after elderly parents and disabled children.

Further, there was some support to address the situation of pregnant women in the field, who have to leave their duty stations early in order to avoid airline restrictions on flying in the final month. Currently this is being charged to maternity leave, reducing time with the child post-birth, or to annual leave. There was a view that organizations should make special arrangements to support staff.

A review of the education grant reimbursement table was carried out – the first since the current scheme was introduced in 2015 – showing that school fees since then had risen globally by 15 percent in dollar terms.

Despite some reticence, CCIUSUA was able to convince the ICSC to accept a recommendation to increase reimbursements by 15 percent, applicable to the school year in progress on 1 January 2020. For most staff this will mean the current school year. Boarding assistance would increase by the same amount. These increases need to be confirmed by the General Assembly.

In early July, the ILO Administrative Tribunal (ILO-AT) ruled illegal an ICSC-mandated pay cut of 5.2 percent for staff in Geneva. It noted that organizations erred in implementing the pay cut as they should have paid greater attention to the concerns raised by staff on how the pay cut had been decided by the ICSC. For memory, these concerns included a highly-critical report by senior statisticians. The tribunal decision only applies to specialized agencies that are members of the ILO-AT (the UN is subject to the jurisdiction of the UN Dispute Tribunal, which is still hearing the case). Following the judgment, specialized agencies reversed the pay cut and will shortly refund backpay and interest of 5 percent.

CCISUA noted that this creates a situation whereby staff in the same duty station receive two rates of pay for the same work, and that similar situations could occur elsewhere when negative adjustments occur, particularly in the field. Over time this would lead to the breakup of the UN system as each organization effectively moves to their own pay methodology. We called on the ICSC to remedy the situation by reversing the original pay cut.

The ICSC appeared surprised by the ILO-AT judgment and that specialized agencies had complied with it, disagreed with its reasoning and decided not to act on it. The ICSC also decided not to reverse the pay cut for UN staff and instead asked the General Assembly to reaffirm its own mandate. Given the potential consequences of this turn of events on staff and the future of the UN system, CCISUA will plan further actions, to be communicated separately.

Salaries for locally-recruited colleagues are set according to the best prevailing salaries paid locally for comparable jobs. The key to the process is the methodology establishing how comparator data is collected and measured, and for which CCISUA has had strong concerns in recent years.

A working group has been examining this in depth, particularly with regards to how the data is collected, whether it is appropriate to use data from external providers, the number of employers, the appropriate ministry for the government comparator and the possibility of a separate salary survey for S category staff.

The review remains ongoing and CCISUA is actively participating. A key concern will be to ensure greater visibility for local salary survey teams on how the data is collected and processed.

Salaries for internationally-recruited staff are set according to comparable jobs in the US civil service, with a number of adjustments, including ensuring equal purchasing power regardless of duty station (this is referred to as post adjustment). Calculating this requires a number of statistical operations.

The ICSC agreed to review the post adjustment system after CCISUA’s statisticians uncovered a number of serious issues that were subsequently confirmed by other statisticians. The review is currently ongoing.

A statistical task force made up of staff and organization’s statistical experts has recommended significant changes which CCISUA requested to be tested for impact. It was also requested that the gap closure measure of 5 percent, which acts as a buffer against potential errors in the calculations and data gathering, be restored.

This currently stands at $5,810 a year for P-1 to P-3 staff in a B duty stations, rising to $23,250 for D staff in an E duty station. After analysis of various benchmarks and hearing CCISUA’s concerns, the ICSC agreed to an across-the-board increase of 2 percent, subject to confirmation by the General Assembly.

CCISUA asked the ICSC to review its practice of reducing the hardship amounts for junior staff on the basis that the hardship endured by all staff and their families in a particular duty station is the same regardless of grade. Staff at lower levels arguably have higher levels of hardship given accommodation type and less travel out of the duty station. Organizations have argued that junior salaries should not get too close to senior salaries as a result of this benefit, but we have made clear that this benefit is meant to recognize hardship whereas salaries recognize work.

On a related issue, a request was made to the ICSC to review its practice of automatically classifying all duty stations in the European Union as H. Certain provincial locations in the EU and soon-to-be ex-EU might not avail of certain facilities, in particular international schools, thus calling into question the practice of denying boarding assistance for staff in H locations. The ICSC agreed to look into the matter.

This currently stands at $6,700 a year for P-1 to P-3 staff with two to three assignments, rising to $15,075 for D staff with seven or more assignments. On the basis of a three percent increase in the average base salary, the ICSC agreed to an across-the-board increase of 3 percent, subject to confirmation by the General Assembly.

CCISUA once again requested that the ICSC reviews its practice of reducing the benefit for junior staff, as we believe the disruption of changing duty stations is the same regardless of grade. We also asked that it be payable to staff in H duty stations as moving from the field to headquarters could be beneficial to the organization.

No change to the non-family service allowance

While global rents have increased since the original amount was set, the ICSC did not agree to increase the allowance accordingly, despite CCISUA’s request.

A discussion was held on this matter and the use of performance-related bonuses was discussed.

CCISUA noted that cash awards were not appropriate to the UN common system organizations as they were not profit-making enterprises. Our public service ethos sets us apart from our revenue-chasing private sector counterparts and obliges us to serve all countries and populations equally. The federation also felt it would be difficult to objectively compare functions such as interpreters, gardeners, economists and drivers in a way that would inspire confidence from staff. The federation observed that, for this reason, many bonuses currently being awarded in the UN common system appeared to apply to large populations and often merely for satisfactory performance. Other awards restricted to small populations were very small, thus rendering them insignificant.

Based on this, the ICSC decided to continue monitoring the situation but not push for greater take-up of bonuses.

No results yet from the global staff survey

The ICSC presented its global survey in June. The results are not out.

CCISUA made clear its disappointment at not having been consulted on the questions. A number of commissioners raised similar concerns.

A discussion was held on the implementation of the ICSC’s framework on diversity. It was noted that the UN has asked the General Assembly to change the staff rules to apply gender quotas in selections and downsizing.

A number of commissioners observed that this was contrary to Articles 8 and 101 of the UN Charter. At the same time, further information was sought on the current status of geographic diversity in the common system.

Some progress on improving ICSC decision-making

Over the past year, discussions have taken place between staff federations, organizations and the ICSC on how to improve the ICSC’s decision-making process so that staff are equal partners.

Among a number of measures, the ICSC’s new chair has committed to strive for consensus on all decisions and to provide more clarity in the ICSC’s reports on where there has or hasn’t been agreement.

While much of this falls under the prerogative of the chair, commissioners requested a separate meeting to discuss this further.